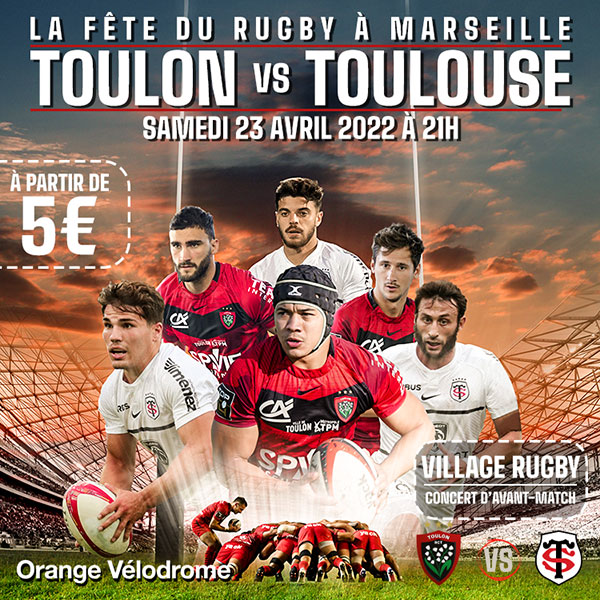 The main statements ahead of Bordeaux-Bègles vs Toulon

Here are a few statements by the Union Bordeaux-Bègles and RCT players ahead of the game between the two teams, on Saturday, April 29th, at the Stade Matmut-Atlantique, for Day 25 of the Top 14.
Laurent Delboulbes, RCT prop: “We lacked consistency throughout the season. Sometimes, we came up with good performances and, most often, we didn’t repeat them. Now that the play-offs and the knock-out games are looming ahead, we try to gather momentum, even if everything is far from being perfect. There are few games left to try to gather a maximum number of points. The video sessions helped us identify the strong points of the Bordeaux-Bègles team: very good in the line-outs against La Rochelle, very solid in the scrum against Brive… We know that, once Bordeaux-Bègles are having a bright spell, the team can keep the ball for a long time and play high-level rugby. Here are a few hints: we hope we’ll gather enough strength to respond during the game.”
Marcel van der Merwe, RCT prop: “We’ve struggled in away games this season, but we talked about it this week and we want to bring a good result from Bordeaux. We’ve worked for it, anyway, and we hope it’s going to pay off. It’s been a hectic season, no doubt about this, with numerous ups and downs. But, sometimes, one can become complacent when things get too easy. In our case, it’s the contrary. The bad patches we went through this season may turn out to be a blessing in disguise. In any case, it’s been a real test of character. It’s going to help us for the end of the season and, also, for the future of the club. We have matured going through those hard times. Maybe there is even more cohesion within the group and we’ll try to achieve something great this year.”
Darly Domvo, Bordeaux-Bègles fullback: “Our initial ambitions were high and, if they’re not fulfilled, we’ll obviously be disappointed. We have to think about the game against Toulon and not think we’re going to lose. We’ll give everything we have and our only goal for Saturday will be to take four points. Toulon are still a strong team. When one sees what they’ve been doing over the last few games, one can only tell it’s solid stuff. We keep telling ourselves we’ve not been up to scratch for four months. So, we’re still fortunate to be where we are.”
Loann Goujon, Bordeaux-Bègles flanker: “Each game is going to be crucial. If we lose one now, we put ourselves into dire straits for the rest of the season. If we tell ourselves we have too high a mountain to climb, let’s stop playing in the Top 14. We work all week long to play games like these at the Stade Matmut-Atlantique, to try to grab something in the end. We managed to pull ourselves together and, thanks to a few turnarounds in the league table, we’re still in the running for the play-offs. It mostly has to do with the spirit we’ve shown in the recent games.”
Sources: pre-game press conferences, www.ubbrugby.com, France Bleu Gironde.