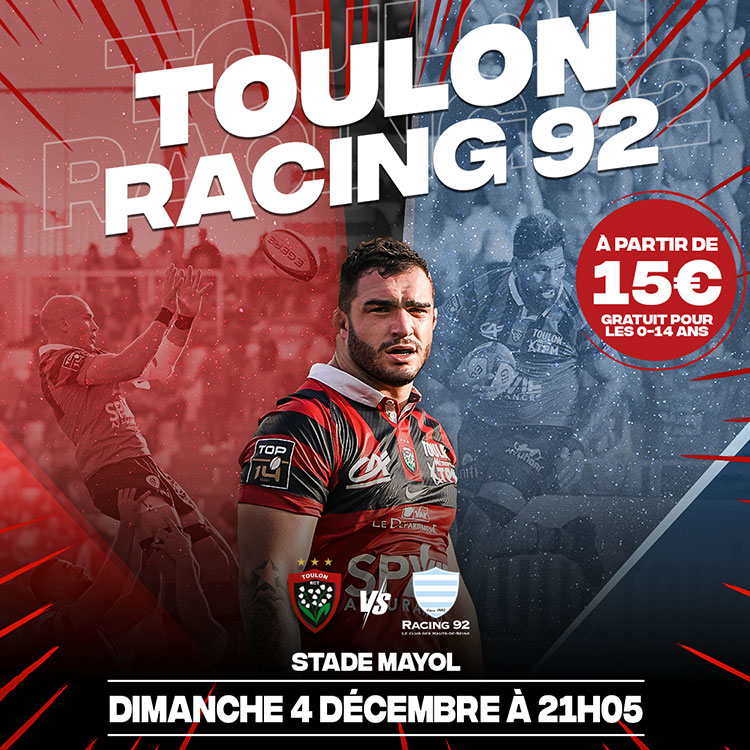 On Friday, at noon, the Toulon manager attended the pre-game press conference ahead of the game against Racing 92. He talked about the confrontation, Jonathan Wisniewski’s first scheduled appearance and the performance of the Toulon players with the France team.
Fabien, Racing 92 are unusual opponents, as they often played tricks on us…
True! This opponent is very hard to beat and difficult to handle. They really know how to counter-attack after throw-ins, for instance. Their backline is hard to breach. On the whole, they have great adaptation faculties and they will be a threat. They had less turnover than us in the early part of the season and they’ve been training with the same coaches for four years.
Jonathan Wisniewski is going to start his first competitive game with Toulon as well…
He had already played in Argentina before his injury. Now, he is ready – physically and mentally. He has come of age and has loads of experience. Compared to Anthony [Belleau], Jonathan is less of a “puncher” and brings more vitality into the game. We’re going to benefit from his experience and we rely on him for being a leader and taking decisions. He has to bring those things about. He also wore the Racing 92 shirt, so, it’s probably going to be a particular game for him, but he is very concentrated on how to play with his new club and how to deliver.
What did you think about the performances of our players with the France team – Anthony Belleau’s first appearance against the All Blacks, particularly?
I found Anthony very consistent in his playing – as he is with Toulon –, but that was quite another league: it wasn’t a Top 14 game, it was playing against the All Blacks! He had to raise his game and he truly delivered, even if I think we expect more from him – as we expect more from the France team. And, according to me, one who really scored points was our captain [Mathieu Bastareaud]. He did everything that was required from him efficiently. He played a crucial role in midfield in the move that led to Teddy Thomas’s try: he made the team play, he quickly changed the course of the game and the whole New Zealand backline was paralysed. On the second try by Thomas – which was not given because he had one foot off the line – the whole backline was paralysed as well, but in a different way. He prevented the circulation of the ball… which is not bad at all. And, in the midfield and the backline, Sonny Bill Williams had quite a hard time.
Where will you be in 2023?
I hope I’ll be happy. You know, I played in four World Cups, I prepared one with Argentina and I’m not thinking about it at all. As French surrealist poet André Breton wrote, “I do not wish to find myself elsewhere when I’m here”.